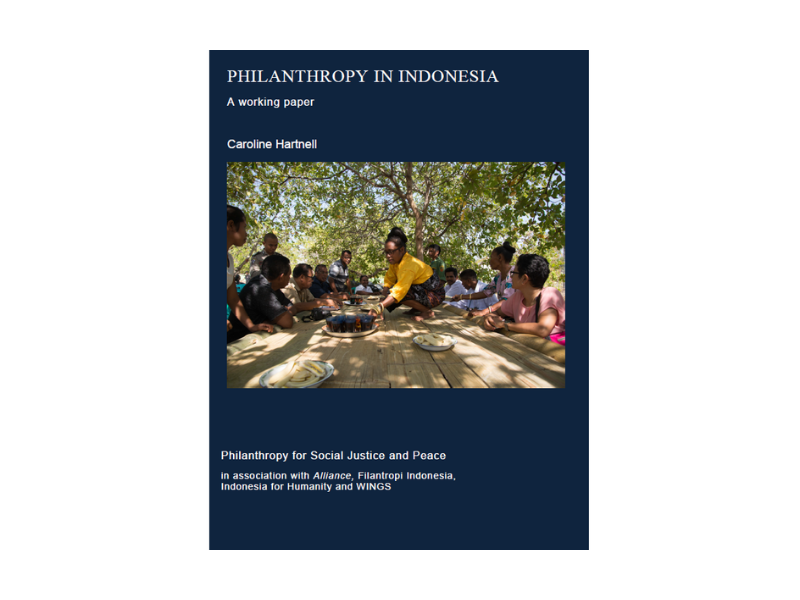 This report is one of a series being produced by Philanthropy for Social Justice and Peace (PSJP) on the current state of philanthropy in a number of countries or regions. The first four focus on philanthropy in India, Russia, the Arab region and Brazil. Like the other reports, this is not a full-scale statistical survey of Indonesian philanthropy; still less is it a once-and-for-all summing up. Instead, it aims to throw light on current developments in, obstacles to, and possibilities for philanthropy in Indonesia, especially highlighting innovations and new initiatives. This has been done partly through looking at existing research, but mainly through a series of conversations with people who have been trying to promote, support or strengthen different areas of philanthropy in the country. The areas covered include various forms of giving by the wealthy, including corporate philanthropy and family foundations. It looks at the growth of social enterprise and impact investing. Perhaps most interestingly, it looks at faithbased philanthropy and media philanthropy, both growing areas supported by individual giving, and more widely at giving by ordinary individuals and the potential therein for social justice philanthropy.